Born and raised in Jersey City, Kevin Powell has become one of the most celebrated political, cultural, literary, and hip-hop voices in America. Raised in a single parent household in a neighborhood plagued by horrific poverty and violence, Kevin used education to grow and move beyond the negative circumstances that consumed many of his peers. With funding from the Educational Opportunity Fund Program, Kevin was able to attend Rutgers, The State University of New Jersey. The opportunity to attend an institution of higher learning would prove to be a major turning point in his life. “Just to be able to get to college, to be exposed to a new world, a new way, changed my life forever, and I am forever grateful for the opportunity”, Says Kevin. He went on to become a poet, journalist, and the author of fifteen books, including his critically acclaimed autobiography, The Education of Kevin Powell: A Boy’s Journey into Manhood. His autobiography is currently being adapted into a film. Kevin resides in his adopted hometown of Brooklyn, New York where he ran for a congressional seat in 2008 and 2010.

Since its founding in 1972, the Urban League of Hudson County has continually provided a host of social services to the diverse communities of Hudson County and beyond for 50 years. With a half century record of accomplishment of public service focused on the most vulnerable populations, the organization’s reputation as a solid community-based organization is well established.

Along the way the Annual Empowerment Awards Gala was created to recognize and honors individuals and organizations that have also made a positive impact in the community. This year’s Gala will combine the recognition award presentation with a commemoration ceremony of the organization’s 50-year Golden Anniversary. This year’s awardees are NJ State Assemblyman William Sampson, and more. 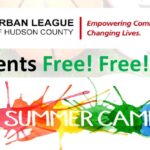